Itwas a beautiful evening at 3SidedWhole, our remote desert music ranch in the New Mexico high desert.  Watching the sunset while standing on the cliff – we are looking out over 100 miles into volcanoes and mesas.  The sky was an exploding ball of purples, reds, and yellows, raining colors into our eyes.  Guests were streaming into the area around the stage - there was a tremendous sense of excitement in the crowd.

There was a lot of activity preparing for the musicians; generators, mics, and wires all around, setting up for the first band and waiting for the arrival of Bo Diddly Jr.

Bo is a friend of Dave Rellik, a noted metal musician who lived in my garage and recruited Bo to play at our annual festival. I didn’t know anything about Bo Diddly Jr., other than some friends had seen him around town playing some blues at various clubs and kind of smirked when asked about his performance.

I did know Bo Diddly the elder — Jr’s famous father, and once smoked a “J” with him in the basement of the El Rey Theatre, in downtown Albuquerque. We were talking and smoking just before his show, he was a friendly legend, smiling and enthusiastic.  “Who Do You Love” still echoes in my mind, remembering him playing his famed square guitar.  It was inspiring, to hear his set, he was still very musical and rocking out even in his 80s.

Meanwhile, Bo Diddly Jr was still nowhere to be seen as we approached the time slot for his performance.  I later learned that Bo had his new Cadillac stolen (well, permanently borrowed) a couple of days before our show, and actually bought another car just to make it to our gig. Luckily we were running late, as usual - about an hour late in the lineup for that night's show.

Bo drove up the rugged path to our “top of the cliff” stage with several attractive younger women and other followers.  He was found a chair and sat down next to the stage.  Obviously “enhanced” (your guess is as good as mine), staring off into space and fondling his guitar as he sat down.  For the hour he had to wait for his set, he appeared to be tuning his guitar.  I sat next to him, thanked him for coming, and he continued to stare into space while fiddling with the tuning pegs.  Not much real tuning seemed to be happening….

We had put together a very good backup band for Bo; including a drummer and a guitarist from Spain. When asked, Bo didn’t seem to need or want any rehearsal.

The band assembled on stage and Bo began to strum the chords of his dad signature song, “Who Do You Love”, over and over again.  This continued for about 15 minutes with no lyrics or change…the drummer and guitarist followed along but began to give me curious looks, like “what the ***k is happening here”??  I shrugged my shoulders and urged them to be patient non- verbally.

Suddenly Bo shifted positions in his chair and began to sing.  With the same melody and chords, he seemed to be channeling a new song, “She Bit Me—so I bit her back”.  That continued to the same blues riff for another 15 minutes…..The audience was enthralled, amused, and curious. No one left.  Then Bo shifted to a new song, same chords, apparently called “Do the Wiggle”  He sang those words in a semi-sarcastic but the gleeful manner and people began to dance (apparently the wiggle) in front of the stage.   The geometric laser lighting illuminated Bo in diamonds and tracers while he played.  Meanwhile, the drummer and guitarist were getting restless and trying to figure out where this was going, but all to no avail.

After about 15 minutes of the Wiggle, Bo suddenly stopped and stood up. He looked around like he was lost, looked UP, thanked everyone for listening and having him there, and stepped right off the 4 foot front of the stage.  Luckily I was standing in front of the stage and helped land safely on the ground. He still had the microphone in his hand and yelled into it; "This is the blues kids, it don’tget no better. Every morning I wake up and think it GOT TO BE BETTER TODAY, but it ain’t!  Every day is a little worse..it’s the blues…it’s the blues…it’s the blues"…and he wandered into the audience like a fugitive from the music and the blues. He was greeted with hugs from the festival goers as they got Bo back into his chair…..where he continued to tune his guitar.

It was the blues.  There is no way out. Things don’t get better every day. Bo’s performance was a slice of the blues if there ever was one, and a remarkable performance by a man who bought a new car just to make it to his promised gig. It was as real as it gets, and blues as it gets.

I later found out Bo got evicted from the house he was living in a few days later and no one has seen him since.  It may have been his last performance.

When Bo Diddly Jr. came to play at 3SW 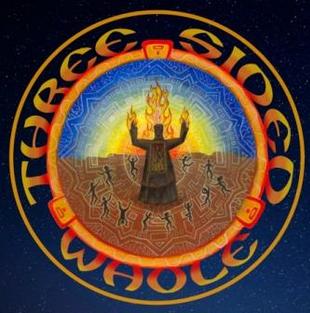 Musicians who have played at 3SW 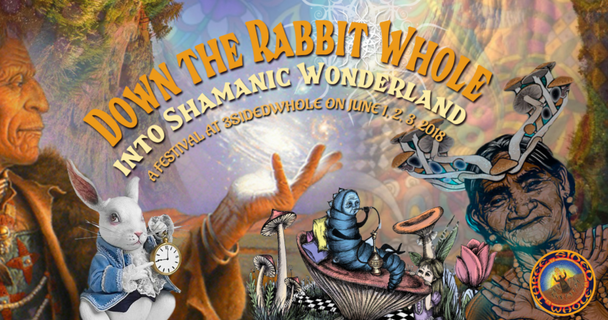 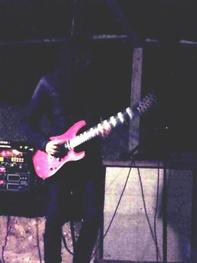